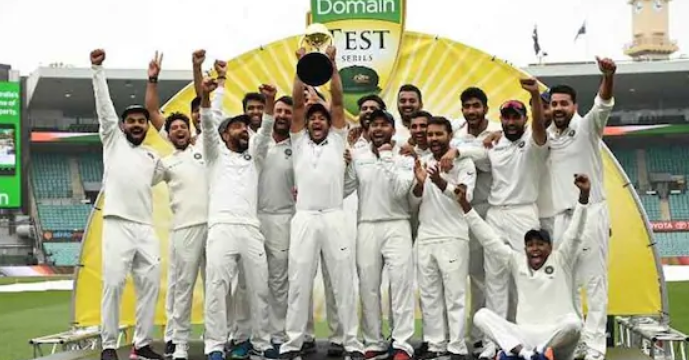 Indian cricket team created history by winning the first ever Test series in Australia. India scored 622/7 in the first innings, with Cheteshwar Pujara at 193, Rishabh Pant at 159*, Jadeja 81 and Lyon 4 for 178. Australia was all out for 300 with Kuldeep taking 5 wickets for 99. Australia was at 6-0 following on in their second innings, when the game was called off due to bad light. The match would otherwise have ended as a draw.

During this series, India won the Tests in Adelaide and Melbourne. Australia had won the second Test in Perth. The final test at SCG ended in a draw due to bad weather. India has toured Australia since 1947 but never registered a series win in the country.

Cheteshwar Pujara was declared the Man of the Match and Man of the series with an incredible 521 runs with three centuries.