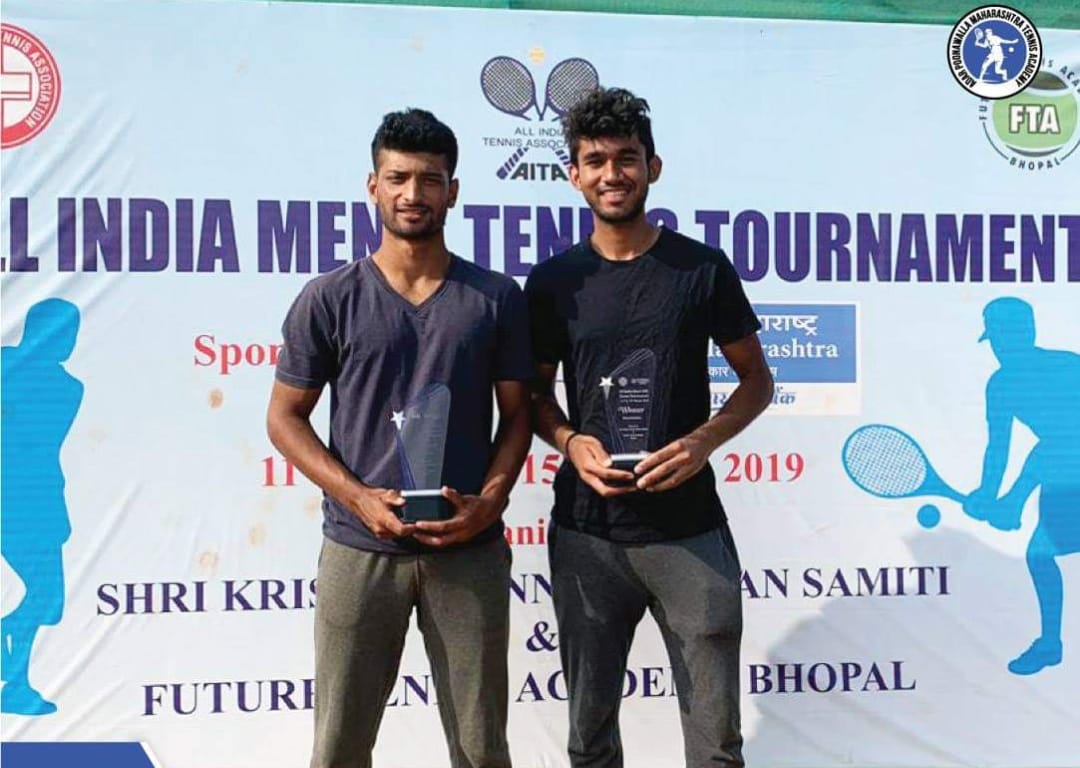 Taha Kapadia and Parikshit Somani emerge victorious in the doubles category of All India Men’s Tennis Ranking Tournament in Bhopal. Tennis players from all over India participated in the event.

In the doubles event, Apuroop Reddy (Telangana) and B.R Nikshep (Karnataka) lost to Taha Kapadia (Telangana)and Parikshit Somani (Assam). Slated to victory, the scores were 3-6 and 1-6 in a 3 sets match.