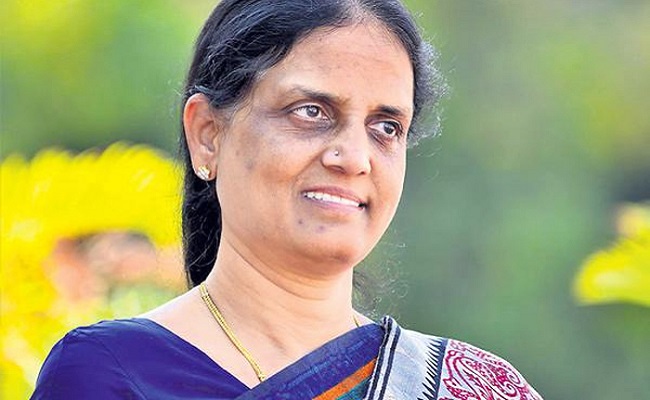 Sabita Indra Reddy Congress MLA and Former home minister is in the process of deciding whether to quit Congress and join TRS. It all happened when her son Karthik Reddy was assured of Chevella MP ticket, but it was given to Konda Vishweshwar Reddy. She is hurt when Vishweshwar Reddy is making comments against her and her family and PCC leaders aren’t stopping him.

She also met TRS working president KTR in the presence of MIM president Asaduddin Owaisi on Friday. In a day or two, her decision will be finalized.