Will Priyanka Gandhi be able to pull up Congress against Modi Tsunami? 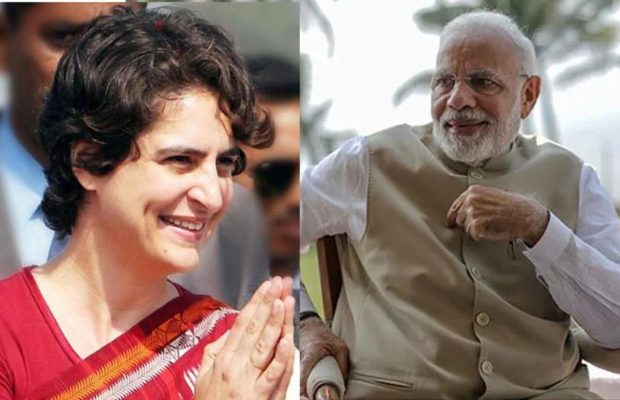 After Mr. Narendra Modi’s win in 2014 elections, many analysts called it a Modi Wave. However, with the successful implementation of several schemes which have benefited the common man, seems like now it is not Modi Wave any more, but Modi Tsunami.

Demonetisation, GST, Rural Electrification, Swachh Bharat Abhiyaan etc., have been successfully implemented. Though there were few initial hiccups, people are able to enjoy the fruits of it at the ground level. Few bold decisions taken by the government in the last 5 years, may not be completely seeing the fruits immediately. But in the longer run, they are certainly to bring a huge difference. “Change is inevitable” and this government has made us successfully adopt the changes. While some political analysts many criticise the way few schemes were implemented, when it is ultimately for the good, it hardly matters.

With the Lok Sabha elections around the corner, all the parties are joining forces to usurp the current government. Be it yesterday’s Mahagatbandhan or today’s Congress Trump Card of Priyanka Gandhi’s political entry, every party is looking at up rooting BJP from ruling the country any further.

However, Narendra Modi’s government is undeterred with any such statements or associations. It has been silently continuing to do its duties and leave it to the people to take a decision. It is yet to be seen, if “Law of Karma” plays in favour of BJP?