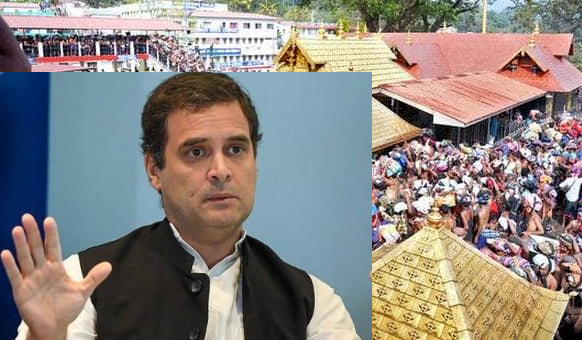 After the Supreme Court ruling on Sabarimala on 28 September, Rahul Gandhi said that he was fully in favor of allowing women of all ages to pray at Sabarimala. But now in the current situation, Gandhi sees merit in the argument of traditionalists. He doesn’t protest the ban on entry of women aged between 10 and 50 to the shrine.
Rahul Gandhi says he can see the validity in the argument – tradition needs to be protected and at the same time, women should have equal rights.
“I would leave it to people to decide on this,” he said after he spoke to people in Kerala. The issue is much more complicated and both sides have a valid position he added.