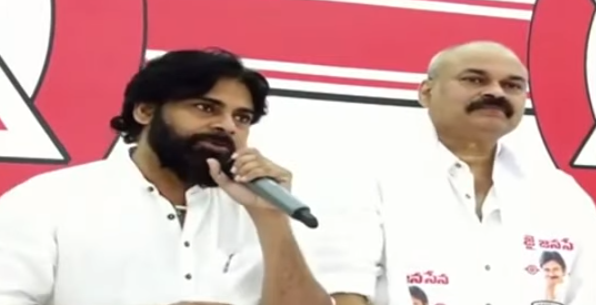 JanaSena is on full swing to give a tough fight this election. JanaSena chief Pawan Kalyan welcomed his brother, a famous Telugu actor/producer Nagababu into the party on Wednesday. Nagababu would contest from the Narasapuram Lok Sabha seat.

Being a great moral support Nagababu is the one from whom Pawan Kalyan learned about politics, hence Pawan himself invited his brother to join politics. He added that Nagababu’s joining and contesting election was a “direct entry” and should not be considered as back door entry.

Naga Babu praises his younger brother and says having seen him from childhood as a cute little brother to become a leader is a great evolving. He is a very kind-hearted person, all their family members see him as a leader than a mega brother.