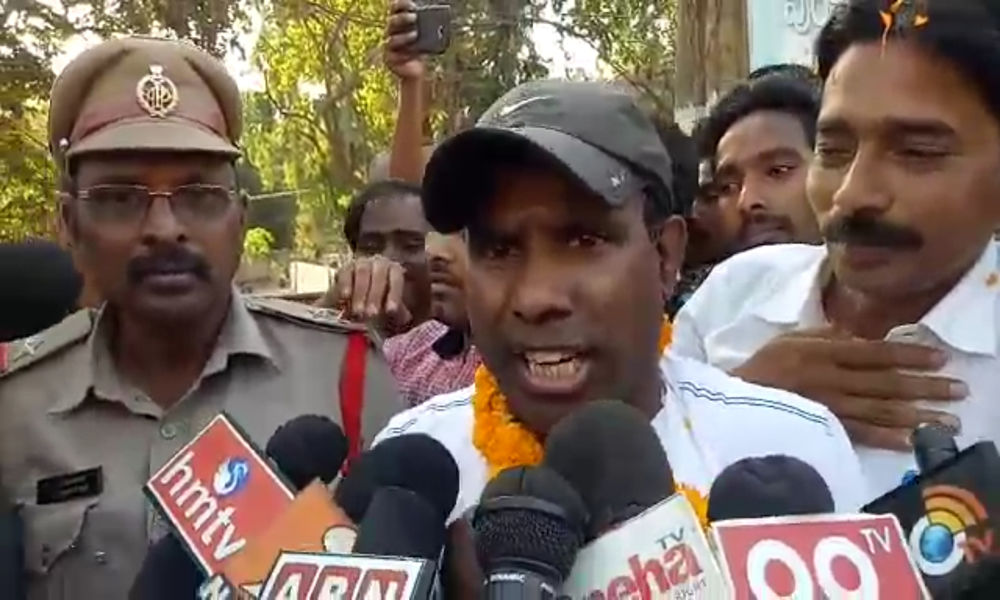 Praja Santi Party (PSP) chief KA Paul was not allowed to file his nomination in Bhimavaram. He was one hour behind the scheduled time of closure of nominations on Monday. However, Paul claimed that the police prevented him from entering the RO office to file his nomination. KA Paul had done everything to stay in the limelight during the election season, from dancing to funny antics.

Speaking to media, he says TDP and YSRCP are trying to stop him from becoming a political party leader. He would be complaining to the Chief Election Commission over the issue.

Earlier, Paul has filed his nomination papers for Narsapuram. Paul’s excitement was captured in a video and it went viral over the social media. Despite all these KA Paul is confident of defeating Naga Babu in Narsapuram.