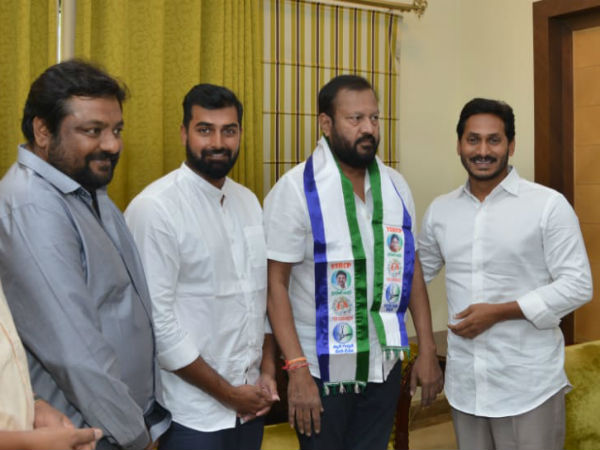 With elections around the corner, Andhra Pradesh politics witnessed several leaders switching between ruling and opposition parties. Father in the law of Jr NTR who moved to YSR Congress Party on Thursday.

TDP, Narne Srinivasa Rao, joined YSR Congress Party in the presence of YS Jagan Mohan Reddy at his residence at Lotus Pond in Hyderabad. He spoke to the media saying YS Jagan is the only one who can develop to the state. Narne clarified that he is not expecting any seat. If the party decides then he is ready to contest in the elections. He also states his relationship with NTR family need not be overlapped with political issues.