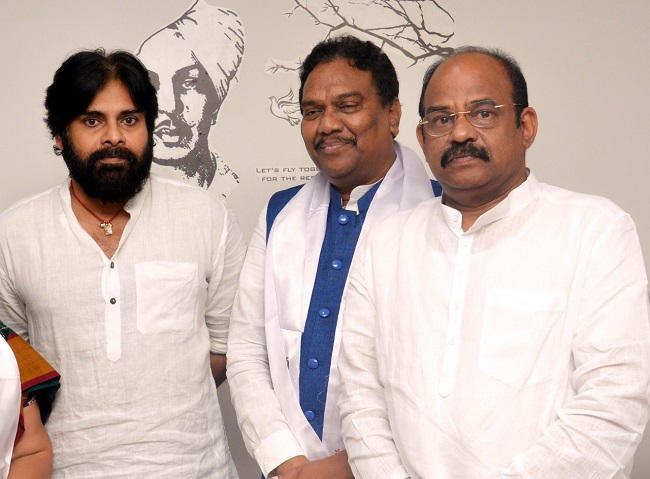 With a total of175 Assembly and 25 Parliament constituencies in Andhra, Jana Sena plans to contest all of them. In the 2014 elections, Pawan campaigned for TDP-BJP alliance.

Pawan Kalyan has finalized the first list of candidates for the upcoming Legislative Assembly and Lok Sabha polls, 32 Assembly and 9 Parliamentary Constituencies.

The two MP candidates are DMR Sekhar from Amalappuram and Dr.Akula Satyanarayana from Rajahmundry. DMR Shekar is a former ONGC employee and Akula Satyanarayana is a former BJP MLA who won in 2014. Pawan has already announced three candidates for the Legislative Assembly Pithani Balakrishna from Mummidivaram constituency in East Godavari district and Nadendla Manohar from Tenali and Thota Chandrasekhar from Guntur.