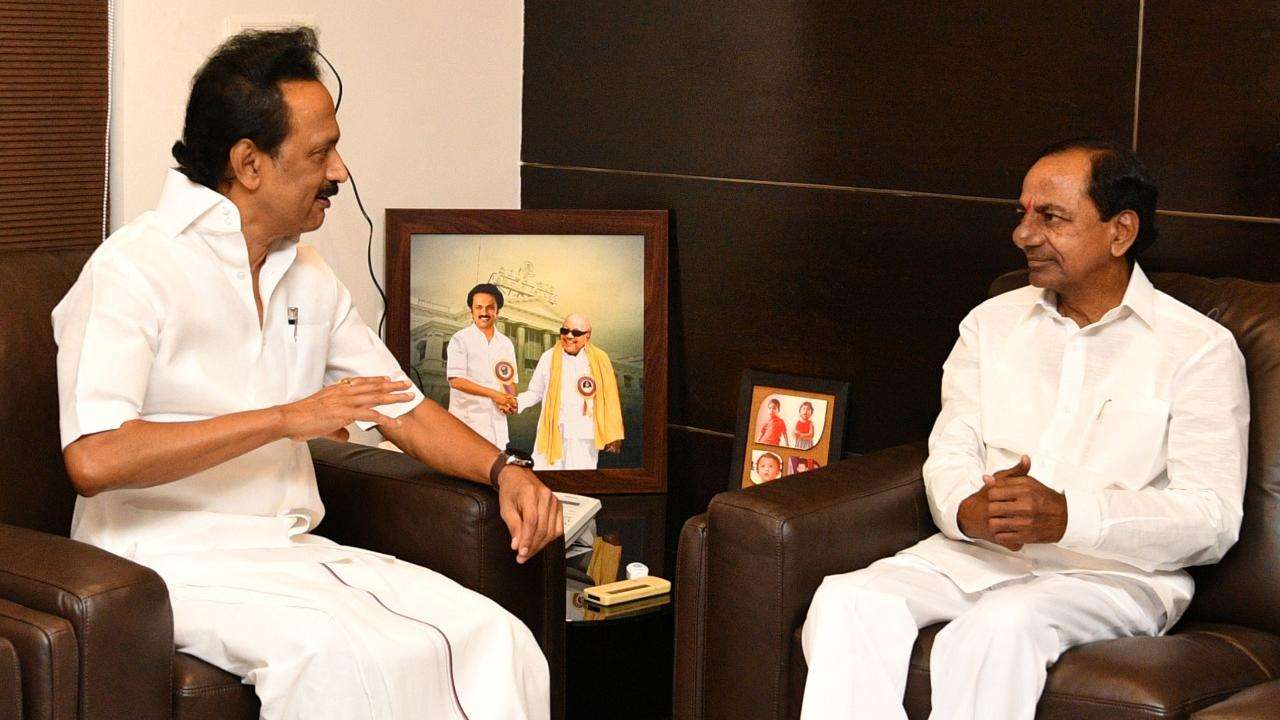 Maybe not, TRS president K Chandrasekhar Rao and DMK president M K Stalin had a meeting at latter’s residence in Chennai on Monday.

According to sources, KCR and Stalin are at two different stands and none were convinced about the other’s agenda. The DMK chief did not evince interest in the proposal made by KCR. That is the formation of a federal front at the Centre with all regional parties.

DMK chief, on the other hand, tried to persuade the Telangana chief minister to join the Congress alliance. That is to help Rahul Gandhi to become the Prime Minister.

Though it was termed as a courtesy call by DMK, the meeting lasted over an hour. But they didn’t meet the press afterward.