Is Jallikattu a game or a tradition or a violent sport? 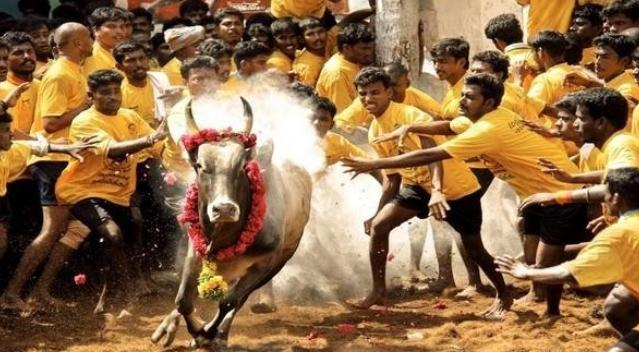 The 2017 Pro-Jallikattu protest proves the admiration of innumeruos Tamilians across India and overseas, towards the tradition of Jallikattu. But is Jallikattu a game or a tradition or a violent sport?

A shocking case of caste-based violence has surfaced in Athavathur, Tamil Nadu on Monday. Few scheduled caste men tamed a bull belonging to a family of another caste. Several houses were vandalized and people were admitted in hospital with bloody wounds.

This is not the first instance of such violence, it happens every year. So did the Supreme Court passed orders in 2014 to ban the sport, as tradition violates the Prevention of Cruelty to Animals Act (PCA). The lawsuit was filed by the animal rights activists group, People for the Ethical Treatment of Animals (PETA). The agitation became severe in 2017 against the ban of Jallikattu. On 23 January 2017, the Government of Tamil Nadu passed a bill to amend the PCA Act and legalized the sport locally.

Why such prominence to Jallikattu? It is a traditional Tamil bull-taming sport, which is held during Pongal a harvest festival in the state of Tamil Nadu, India. Certain breeds of bulls are released on to the crowd of people, they have to attempt to grab the large hump on the bull’s back. Using both arms people have to hang on to it while the bull attempts to escape. It is marked as a display of bravery by people and the bull which participates successfully in the Jallikattu event are used as studs for breeding.