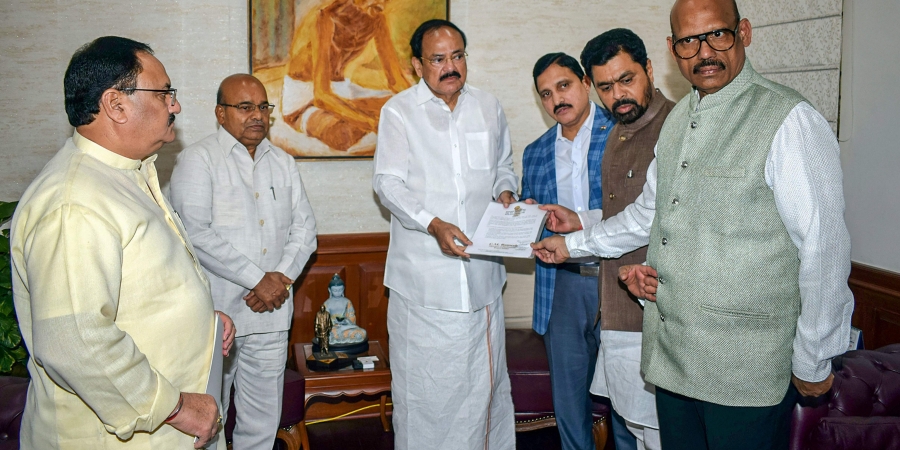 As the former CM of Andhra Pradesh is back from the vacation with Family, four of the party’s Rajya Sabha MPs switched over to the BJP. 4 out of 6 MPs who decided to switch to BJP are TG Venkatesh, YS Chowdary, GM Rao and CM Ramesh. They met chairman Venkaiah Naidu and submitted their resignation from the TDP.

The MPs said Inspired and encouraged by the impeccable leadership of Narendra Modi they are merging with the BJP. On the other hand, Chandra Babu Naidu reacts to the situation and says the crisis is not new to the party. Leaders and cadre are nothing to be nervous about.

As per sources TDP’s senior leaders and formers MLAs held meetings discussing their future. It is getting tougher and tougher for TDP to survive in the political arena going forward.