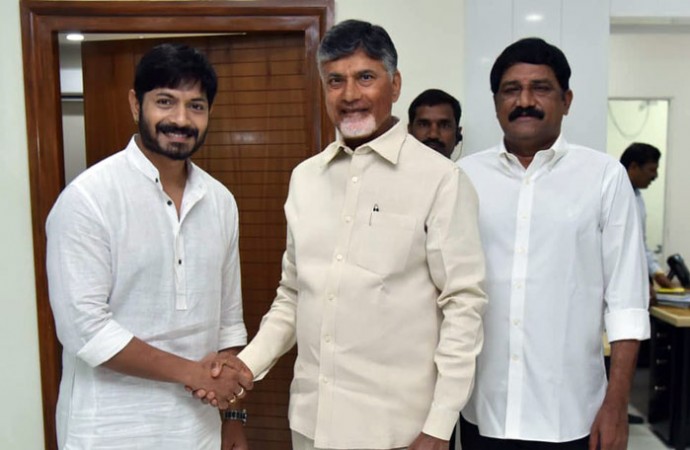 Irrespective of the controversies and allegations on him the Bigg Boss season 2 winner Kaushal Manda is joining TDP. There are rumors that he has taken this decision to escape from legal problems. Kaushal always showed interest in politics and he might have a bigger plan meeting Chandra Babu Naidu.

Kaushal expressed his support for TDP and also agreed to campaign for the party in the upcoming assembly elections. He has a large number of fans named Kaushal Army. Chandrababu Naidu is very happy with his support, as this would bring in more youth voter.

Kaushal has been in news recently for wrong reasons. Some of his fans were furious on him and TV channels were busy collecting news against him. This decision of his entry into politics has raised a new debate in the state. The TV channels who exposed him would now have to remain quiet with his political influence.  Soon the rumor will be cleared if the party will allow him to contest for the Parliament from Anakapalli constituency.