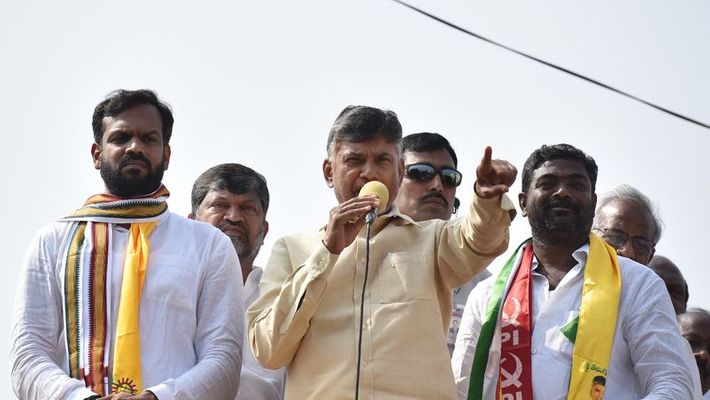 With elections on bay Chandra Babu Naidu’s style has changed a lot. People started feeling is it really Babu who is making all those comments, allegations and raising controversies. Apart from campaigning for his own party, he is targetting Narendra Modi, YS Jagan, and KCR.

During his campaign in Chittoor district, Chandra Babu Naidu fired on KCR who filed two cases in Supreme court against Polavaram project. KCR claimes that due to Polovaram, there is a threat to Bhadrachalama.
Chandra Babu Naidu says Bhadrachalama was once a part of Andhra Pradesh and he has all means to bring Bhadrachalama back to Andhra. He even commented on Modi who is capable of nothing.