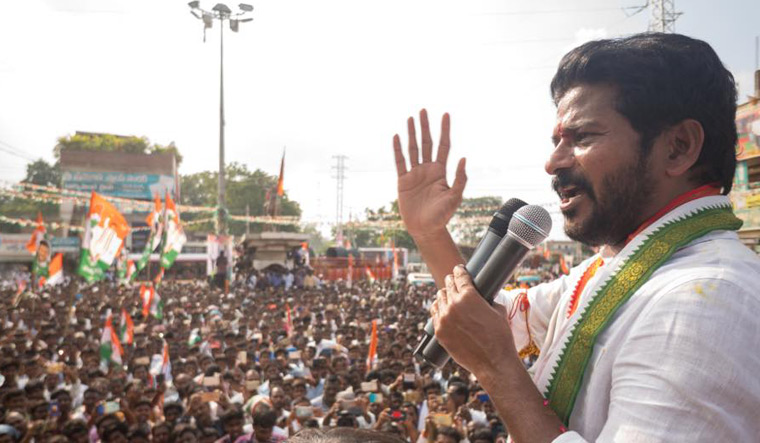 Finally, the expectations of Revanth Reddy has come real. The Congress working chief executive and Kodangal leader Revanth Reddy have been arrested in the early morning today. Praja Aashirvarda Sabha is going to take place in Kodangal assembly section today and Revanth has previously given a call to his cadre and the persons of Kodangal to protest again KCR and his public meet Praja Aashirvada Sabha. In this perspective, the police have taken him into custody at 3 A.M in the early morning and booked him under the sections IPC-341,188,506,511.

A while prior to this 100 policemen have been deployed around the residence of Revanth Reddy and at initially, there has been a war of words among them. But afterward, Revanth has been taken into custody.