BC Declaration by YSRCP, A political stunt or a real mandate? 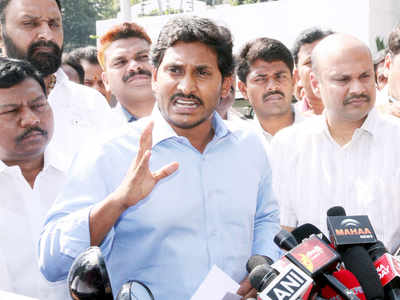 YSRCP has accused TDP government to be least bothered about the plight of Backward Communities. They said, that current government hardly did anything for betterment of the community.

52% of the population in the State of Andhra Pradesh comprises of Backward community. BC committee appointed by YSRCP Leader has done a comprehensive analysis of their problems and submitted a report. This forms the basis of BC Declaration announced by YS Jagan Mohan Reddy yesterday.

YS Jagan surely seems to understand how to lay foundation in the hearts of his people. He seems to be a leader in making, walking in the footsteps laid by his father Late. YS Rajasekhar Reddy. It is to be seen if the people of Andhra Pradesh vote for him and make him the Chief Minister of AP to fulfil their dreams.