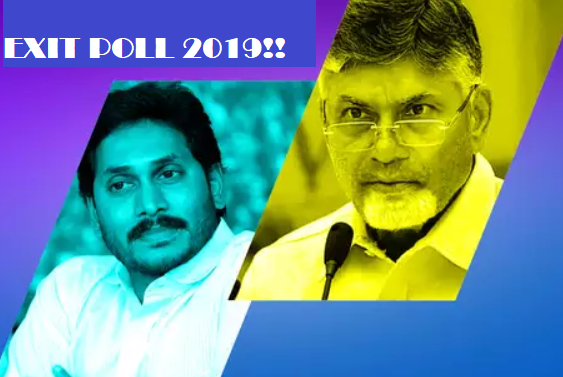 As anticipated each exit poll survey showed different results. Few predicted Chandra Babu Naidu as the CM and few others say it would be Jagan for a change.

According to former MP Lagadapati Rajagopal’s survey, TDP  would get 90-110 assembly seats and YSRCP 65-79 and 1-5 seats for others.

The People’s Pulse exit poll has predicted 112 seats for the YSRCP, 59 for the TDP, and 4 for the Jana Sena.

Everyone prefers to wait till May 23rd the results day rather than discussing and commenting over the surveys.