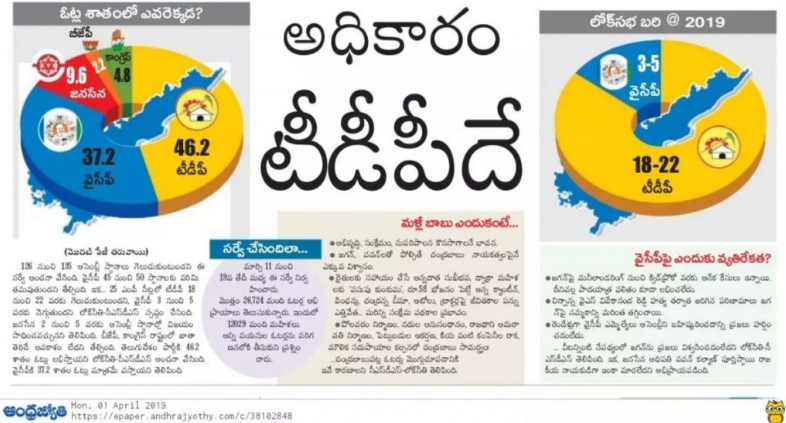 Andhra Jyothy is a popular Telugu media channel and regional newspaper. They have published a report claiming Lokniti-CSDS had predicted that in the upcoming Assembly polls, TDP would sweep the Assembly polls with 126-135 seats, while the YSRCP would get 45-50 seats and Jana Sena Party would win 2-5 seats.

Research institute Lokniti-Centre for the Study of Developing Societies (CSDS) clarified that it has not done any survey in Andhra Pradesh. The news that is being circulated is mischievous and fake.