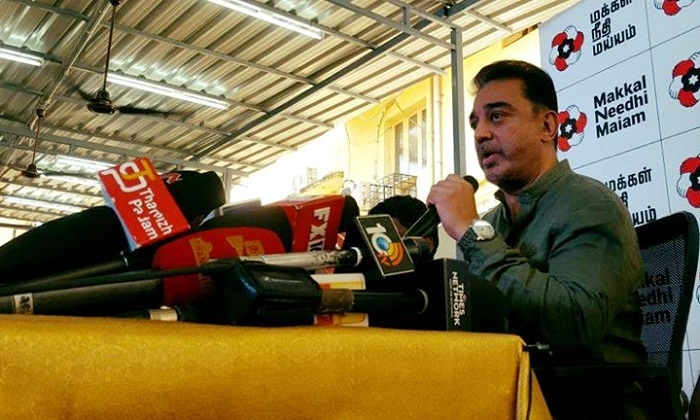 Kamal Hassan has been at the centre of a controversy. His sensational talk about plebiscite in Kashmir has been making headlines since yesterday. When asked to comment about his opinion on Pulwama attack, Kamal raised the eyebrows of many by questioning the government about its ability to handle the crisis.

This triggered a series of backlashes from various sections of media. MNM party, later clarified that the tone and context used by the actor-turned politician has been blown out of context.

MNM party said that they strongly believe that entire Kashmir is an integral part of India. They stated that the Party stands with armed forces, para-military forces and central police forces who defend the country selflessly.

Kamal seems to be learning the basics of politics. He needs to be more careful, when talking in a public forum and understand how to put his point of view correctly.