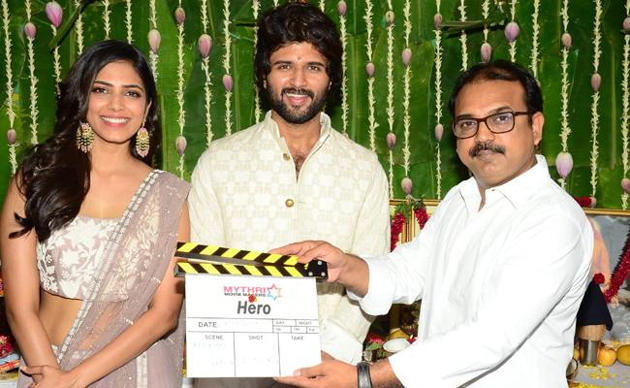 Vijay Devarakonda will be soon coming up with his movie Dear Comrade. Apart from that, he is working on one more movie with director Kranthi Madhav. Yesterday he launched his another Film, Hero, which is going to be directed by Tamil director Anand Annamalai.

This event was held in Hyderabad. Director Siva Koratala and MLA Gottipati Ravi have attended. While Koratala has given the 1st clap and handed over the script, Gottipati has switched on the camera.