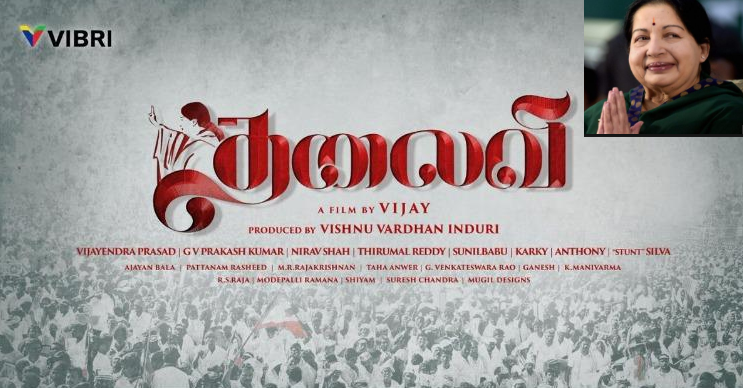 On the eve of 71st birth anniversary of Jayalalithaa, director AL Vijay announced the title for the biopic as Thalaivi. The Indian film industry is busy making Biopics of famous celebrates. Now it is official that a biopic on former CM of Tamil Nadu, Jayalalithaa will hit the silver screens on February 20, 2020.

Nithya Menen playing the lead role, directed by AL Vijay and produced by Vishnu Vardhan Induri the film will be released in Tamil, Telugu, Kannada, and Hindi.  The research work for the biopic was happening since nine months and no objection certificate was obtained from Jayalalithaa’s Nephew Deepak.