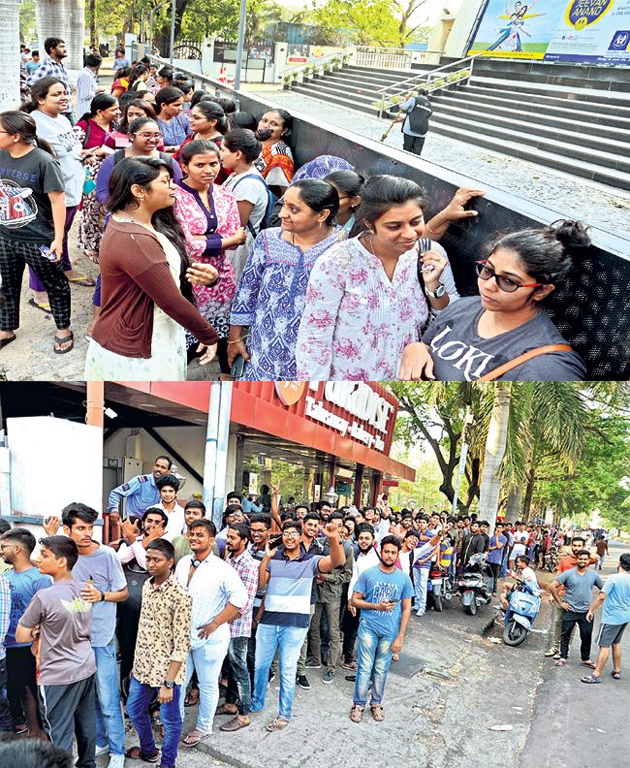 Popular Hollywood franchise ‘Avengers’ has a huge fan base. Especially, Youth connects well this Super-Hero movie. Positive Reviews and Great Openings in the International Markets has only increased craze for ‘Avengers: End Game’ multifold in the Telugu States.

People kept waiting in the long queues to grab the tickets of First Day First Show since Wednesday. More than 90 percent of them are either college students or those under the age group of 35.

All those who love Superhero Flicks are very particular about watching ‘Avengers: End Game’ because it’s the last edition of this Marvel franchise. Such kind of craze for the Hollywood Flick in AP and Telangana is very rare.