Ram Gopal Varma is ready with another biopic 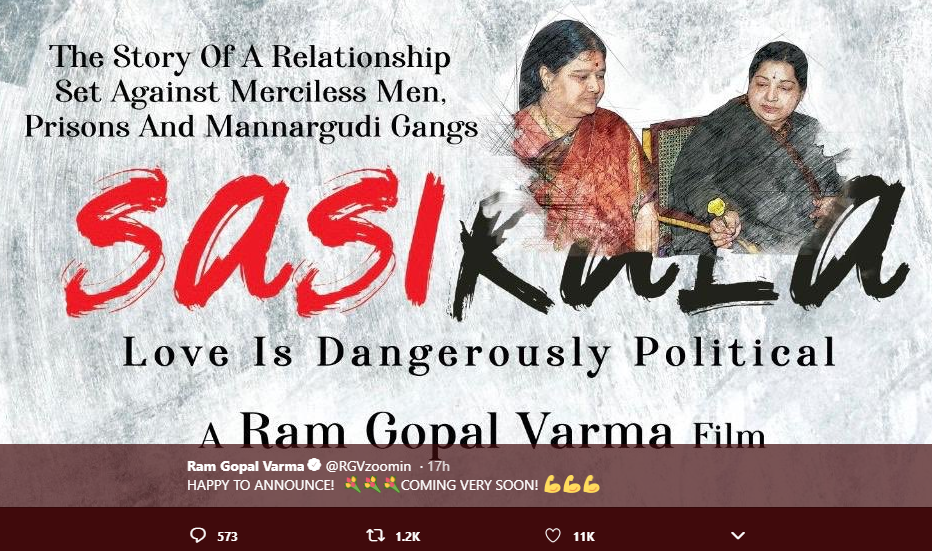 With all eyes on Jayalalithas biopic, Ram Gopal Varma announces making of another controversial biopic. On Sunday he announced on Twitter the launch of the biopic of Sasikala the closest aid of Jayalalitha.

After the response he received from Lakshmi’s NTR and the sensation he created in Andhra politics, he is now ready to create ripples in Tamil Nadu politics too. Sasikala and Jayalalitha are not just friends and political party member, there are more hidden secrets in the lives of both. RGV aims to showcase the truth behind Jayalalitha death and their controversial relationship.