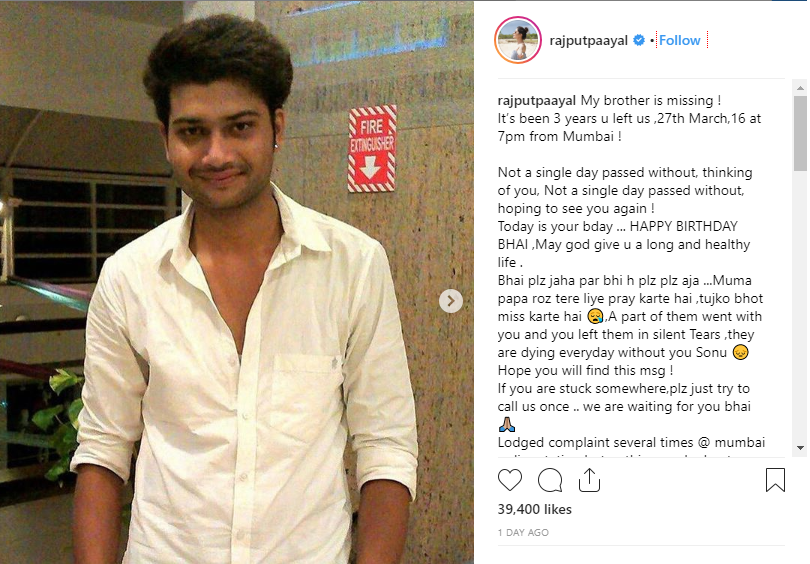 The hot and sexy siren Payal Rajput who has captured the eyeballs of every person with her fantastic performance in RX100 has been the sought-after actress in both Tollywood and Kollywood. Though she has been going excellent guns in her specialized career, this young actress has a dark past in her personal life. Taking the Insta as the platform Payal has exposed her dark past which has touched the hearts of the netizens. She revealed about her missing brother Dhruv Rajput since March 2016 and has appealed all her followers to let her inform if they have any information regarding his brother.

She has shared some photos of her brother as well concerning this. Payal has exposed that despite lodging complaint many times at Mumbai P.S has worked Still now. Her pain can be fully understood in the message which she has shared concerning her brother. She also described how deeply the entire family members are mourning for him. The lifestyle of actors/actresses won’t be the same as they appear outside sometimes they have a dark emotional past like this.