No wonder why Rajinikanth is called the Superstar 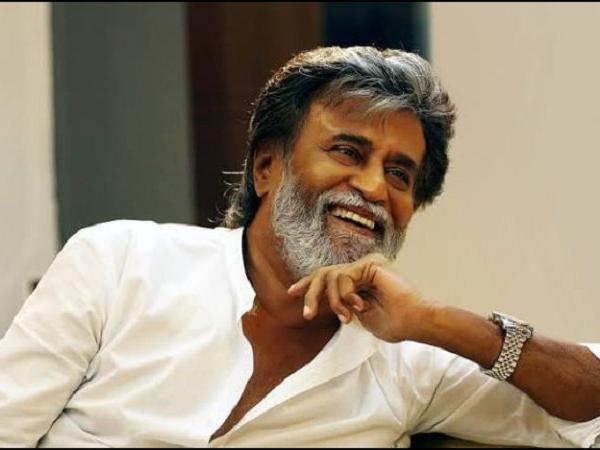 No wonder why he is called the Superstar. He has a huge fan base not just in India and Japan, but the whole World seems to admire him. Australian cops talking about a drunken driving case used Thalaivar Rajinikanth as a reference point. 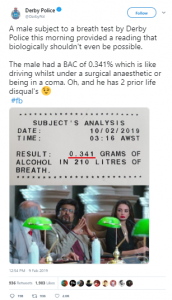 Here is what happened. The Derby police officials posted on Twitter about the breath analyzer results of a drunk man driving the car. The blood alcohol level of the man was 0.341%. This is significantly high for a person who is conscious, the reading is biologically impossible. The man’s alcohol levels were similar to a person who is in a coma or under the influence of surgical anesthetic.

The meme used for the tweet is a scene from Rajinikanth’s recently-released film Robo-2.0. The tweet went viral, particularly among Rajinikanth’s fans, it was retweeted and liked by over a thousand people on Twitter.